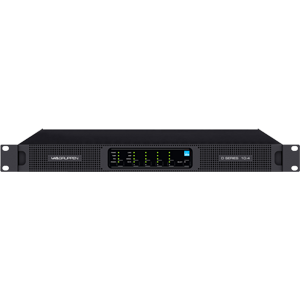 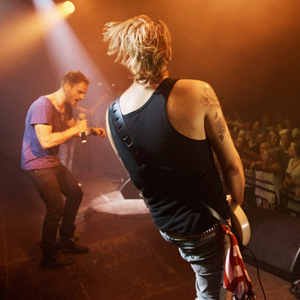 The D 10:4L is based on the same foundation of robust, high-power amplifier technologies as our renowned PLM Series – an amplifier platform with a proven record of reliability and sonic performance on the world’s most grueling concert tours and in high-profile, large-scale installations.

With the D 10:4L, those same core technologies have been updated and refocused to provide the ultimate solution for the most demanding digitally networked installed sound applications – in stadia, arenas, theme parks, performing arts centers, racecourses and other large commercial sound installations.

At the core of the D Series platform is Rational Power Management (RPM), a proprietary LAB GRUPPEN technology that allows system designers and integrators unprecedented freedom to allocate the output power available on each channel for optimum performance with specific load conditions. RPM technology also enables the integrator to minimize initial equipment costs and reduce rack space requirement since with conventional installation amplifiers, it is often necessary to “over-specify” amplifiers to meet the maximum power demand on one channel, leaving excess power capacity wasted on the remaining channels. RPM reduces costly excess capacity by allowing re-allocation of output power capacity among the four channels – with one channel on the D 10:4L capable of being significantly scaled up, leaving any remaining available power to be allocated to the other channels for less demanding loads.