The VNET2-AES is a rack-mountable break in interface for connecting an AES3 source to the VNET network with the minimum of complication. The interface allows the facility of transporting 2 channels (one AES3 stream) of high quality uncompressed digital audio on the same cable as the control network. Capable of driving up to a 600 m (1,968 feet) network, VNET2-AES interface should be used in conjunction with a USB-232 or Ethernet Interface, providing the PC user with complete control, tuning, and diagnostics for all devices in the network. Like VNET and other similar networks, VNET2 uses Cat5 cabling without requiring any other network equipment such as hubs.The rugged steel enclosure and Ethercon connectors ensure the VNET2-AES interface will provide a long lifetime of reliable service. 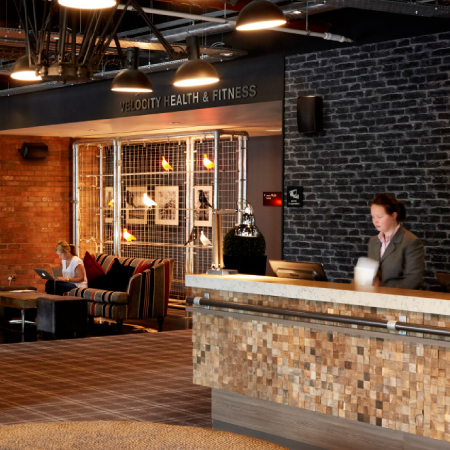 Multiple VNET2-AES units can be place within the network to provide as many separate zones as are required. Acting as a break-in signal injector, a zone-specific audio signal can be introduced that is only heard in that zone. This is an ideal feature for venues that cater to multiple events, or require a different program than is available on the AES3 stream. 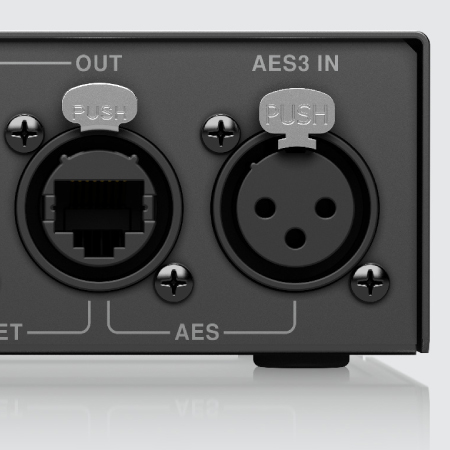 Power for the VNET2-AES is supplied directly via the VNET In cable, and no other external power is required for operation. All connections are made using Ethercon and XLR cabling, and the device can be mounted in the VNET INTERFACE RACK MOUNT along with up to two additional VNET devices for a 1U 19″ solution.

In the simplest case, the Break-In Interface would be inserted at the ‘head’ of the network, between the Serial Interface (USB-232 or Ethernet interface) and the devices. The two AES3 audio channels would then be available to all the devices on the network. Some devices could be configured to pick-off one channel, and some the other channel. Since the VNET2-AES Break In Interface is able to insert new audio channels onto the network without affecting the up-stream channels, it is possible to create many audio zones by adding more Break- In Interfaces.